If you missed my previous post, we’ll be spending a full month in New York City, and I couldn’t be more excited!

We’ll still be working, as we’re both self employed and both work from home – so we’ll just be working from their home instead 🙂 However, I plan on making the most of our nights and weekends. I’ve been to New York dozens of times, and done tons of exciting stuff on my visits. But there are things I’ve skipped every time in favor of seeing friends and eating my way through town.

I should not that this does not include my list of all the things I want to eat and drink – but I assure you, that list is quite long and full of coffee and carbs. My fave!

Here’s my running list of everything I’m trying to pack in…. let me know what I’ve missed!

Statue of Liberty & Elis Island
We’ve actually already booked these tickets and I’m so glad we did. They sell out quite far in advance, so we arranged them almost 3 months ago! We booked the Crown Tour, which I’m pretty excited about. Of all the times I’ve been to NYC, I’ve never done the Statue of Liberty *or* Elis Island. I’m looking forward to it!

Top of the Empire State Building or Top of Rockefeller Center OR New One World Trade Observatory
I love a good view. I’m mostly tempted by OWT because of it’s new-ness and the significance of it. Since they are all paid attractions, I can’t really justify more than one. Any tips on picking the best view?

Visit the Chrystler Building
Matt and I are a sucker for anything art deco, especially in architecture. I’d love to see the inside.

Rent Bikes and do the Hudson Greenway
Biking in the city freaks me out – so many cars! But the greenway is right along the Hudson and literally spans the entire West Side of Manhattan from Battery Park all the way up to Inwood (a neighborhood I’ve never even heard of, because I don’t think i’ve ever ventured north of Columbia). It’s 13 miles, and I can’t promise I’ll bike the whole thing, but I do think Battery Park – Central Park (6-7 miles) might be do-able for me 😉 Hey, at least Manhattan is flat! More than I can say for Nashville. 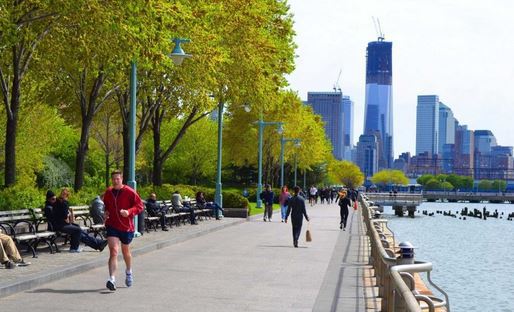 Visit Brighton Beach/Coney Island
A true Florida girl always knows where the nearest beach is. I’ve never visited Coney Island and I think it would be fun. And after looking up photos, Brighton Beach is kind of adorable! It’s in Brooklyn, which I didn’t realize existed. I always thought you had to get out on Long Island to access a beach. And it’s less than 30 minutes on the subway is not bad at all for “getting out of the city” in my book!

Go out to the Hamptons/Montauk
Speaking of the beach! Our “out East” as I’ve heard a lot of people call it 😉 Really just from the episode of FRIENDS where they go out to Montauk, and Gossip Girl for the Hamptons. I’m sure my trip would be just like Serena & Blair’s.

See at least 4 Musicals (1 per week!)
I’ll be entering raffles like it’s my job. Top of my list is: Hamilton (duh), Something Rotten, Cats, School of Rock, Matilda & Jersey Boys. I’m also interested in A Curious Incident of a Dog in the Night-Time (in the non-musical category). Anything else I should be trying to see?
*I’ve seen Wicked (x2), Phantom of the Opera (x2), Book of Morman, Lion King, Mama Mia, Chicago(x2), American in Paris, Hairspray, Les Miserable, South Pacific, and Fiddler on the Roof.

Take the Roosevelt Island Tram
It reminds me of the new Emirates Cable Car line in London,  but it takes you from Manhattan out to Roosevelt Island (the island between Manhattan and Brooklyn). Rumor has it you can use your metro card, so it’s in the cheap thrills category 😉 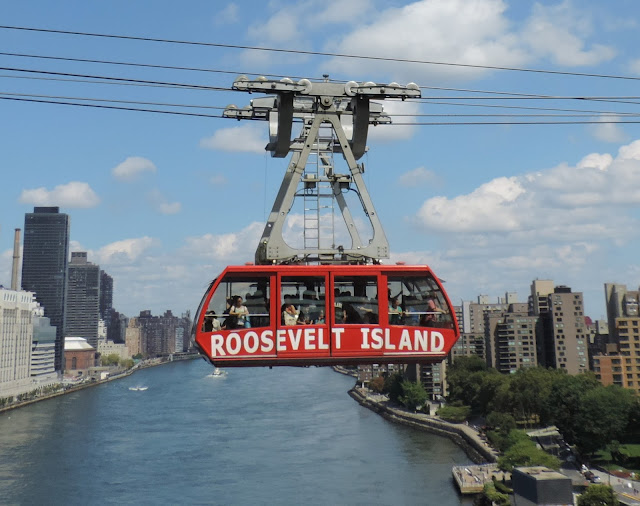 Brooklyn Bridge Ferry
More cheap thrills – there’s a ferry that goes from Governor’s Island and bounces up the west side of Brooklyn before ending in Midtown Manhattan. It kind of looks like the fastest way to get from DUMBO to Williamsburg, since the G train never shows up 🙂

Broadway in the Park
There is a 1 hour concert of various musicals every Thursday in Bryant Park! It’s sort of a musical review, as they have 4-5 different acts each week. Should be fun!

MET & MOMA
Never been! I know, I know. But I rarely want to spend an afternoon out of a 3 day weekend in a museum. I’ll make sure I visit this time. Any areas I need to be sure to visit?

Yankees Game
Hey, why not? Seems like a no-brainer during baseball season. 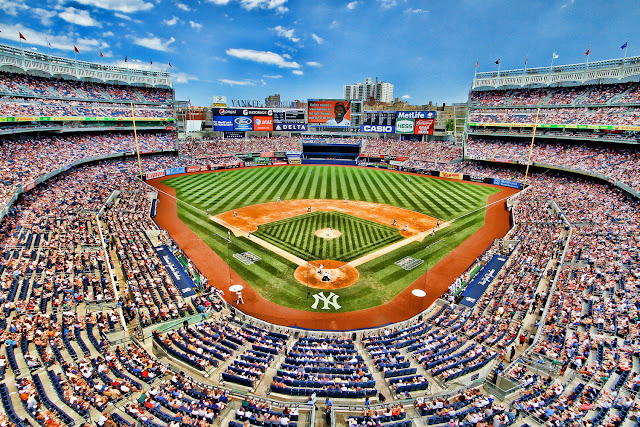 Visit Prospect Park/Brooklyn Botanic Gardens
It looks gorgeous. I am always impressed with the amount of green space that New York City has.

Visit the Cloisters
I’m not totally sure what these are, but I think it’s something museum-y and pretty gardens are involved.

Do #HAM4HAM
On Wednesdays, there is not lottery drawing for Hamilton tickets – instead, the lottery is LIVE and the cast does a few songs while you wait for the drawing to happen! I cannot wait for this one…. hoping I’ll catch Mr. Miranda before his swan song. The Best Free or Cheap Things to do in NYC