Last week I woke up to a text message from Matt (I was still in Seattle, he in Nashville) that said “My parent’s deck this morning” – followed by this crazy picture: 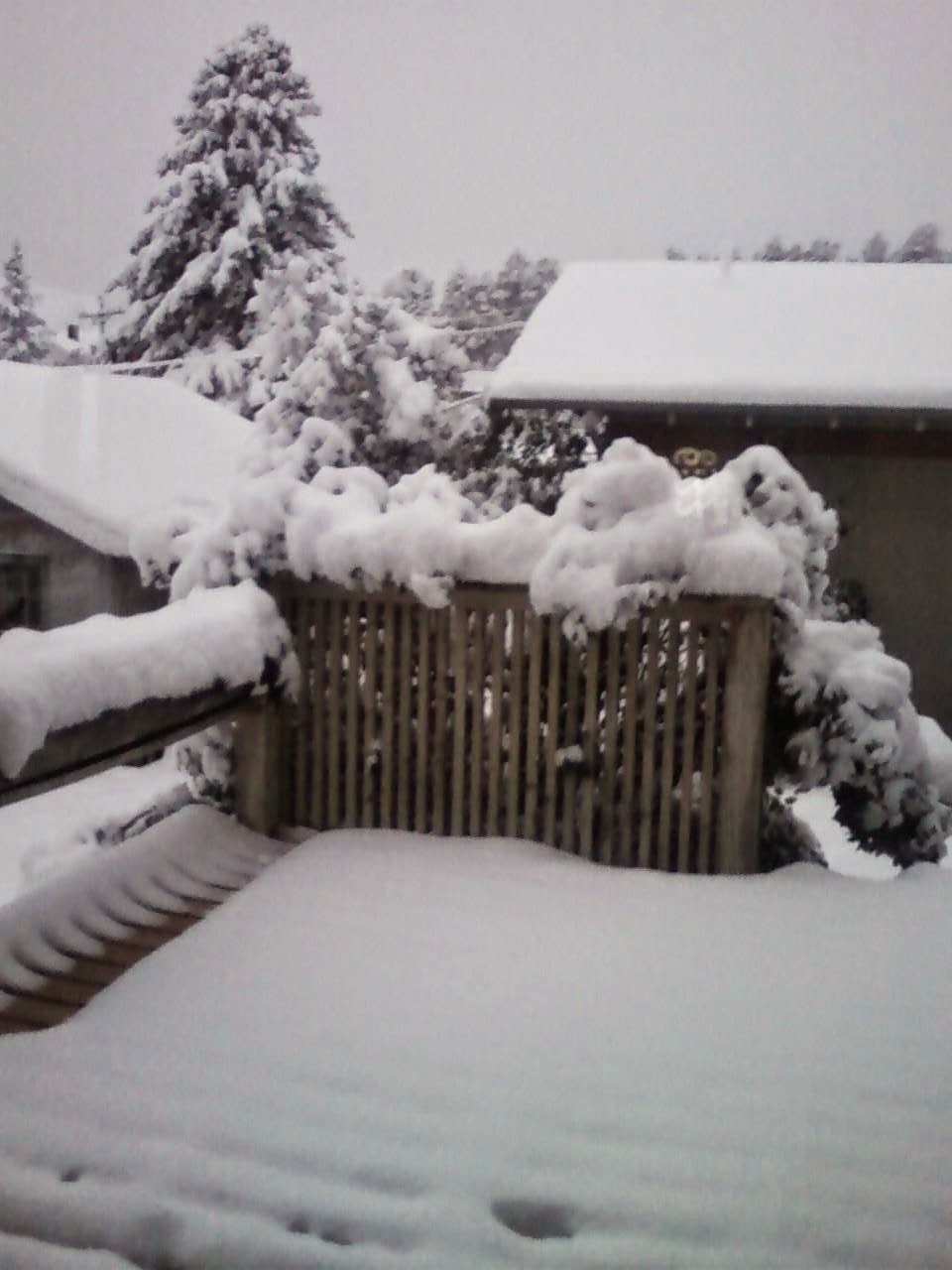 It was September 11th. SEPTEMBER!!!!!!!!!
Crazy talk. Especially to those of us who grew up with nothing by fantasies of snow dusted Christmas trees (aka people from Florida) and who have no concept of cold weather before Christmas decorations are out.
Honest, this is what I thought seasons were until my 20’s (otherwise known as “the first time I could see my breath in May”)
Winter: December-January
Spring: February-March
Summer: April, May, June, July, August, September
Fall: October-November
Yes, I realize this is foolish. But give me a break – I had nothing to go off of except what type of decorations were in windows.

Now that I’ve learned the seasons (they still seem off to me, but I realize I’m jaded), It’s still 3 weeks until it’s officially fall, but it snowed in South Dakota. I thought that only happened in true arctic tundras like the top of Canada or Russia. But I’m incredibly fascinated by this: I grew up in a perpetual summer, and it was annoying at times (frizzy hair, sweating in “winter”), but would I want the other side of the coin? I don’t think my tropical soul could handle it. As much as I love the changing seasons, I don’t think I could do the other extreme. I braved two winters in London, but it’s not nearly as cold as you think. And really, it barely ever snows there.
Which got me to thinking, where are some beautiful, temperate places where the leaves change but I will never have to shovel snow in the “Summer”?
Seattle
I just spent another 10 days here, and I just fall more and more in love every time. I felt like the PNW was getting little kisses of fall – crisp, sunny 65 degree days. You could wear a jacket without being hot or a dress without being cold. In my opinion, that’s about the best weather you could possibly ask for. Every time I’ve visited, it hasn’t been too cold. Oh yeah – and it has only rained once! That rain lie is total propaganda.
Southern California
I’ve been to LA a few times, and it always seems to be brisk & sunny (just like my last week in Seattle!). I’ve been in the Summer & the Winter, and both seasons seem to be mild and enjoyable to me. I don’t think they get the perks of fall leaves or spring blooms, but I bet that could be remedied within a few hours drive. Road trip, anyone?
So is it just the West Coast? Is there some magical place I’ve never been to or heard of?
Do you living a real life “Frozen” (minus the musical snow man)? How do you handle it? I’d love your tips.
xo

Top 5: How to Pack… and Manage to Keep Your Sanity