Ok, so i have a confession to make that you probably already know — it’s Friday.

Wednesday came and went, and i was too busy trying to get ready for my current trip to LONDON that i didn’t realize it was wednesday at all. So today is technically Friday Fly Day? Frolicking Friday? First Class (but actually flying coach) Friday?

But back to Berlin.

I was only in Berlin once for 48 hours. At the time, i was on my Trip of the Century (aka, Trip Around The World) with my friend Sharyn (i call her Bear… for Shar-Bear. Just go with it). We were studying abroad for 3 months and made it our goal to go to as many countries as we possibly could. So when we found out that there would be no exams for our extensive classes (i wish there was a sarcasm font) that semester, and we had 16 days before we would have to be deported, we decided to plan a 10 day trip.

There are many pieces of the Trip of the Century that i will get to at a later date. But for now all you need to know is that our first stop was Paris for 4 days, and our next stop was Berlin for 2.

And we were really mad at Berlin… purely for the fact that it wasn’t Paris. Bear and i were toured around Paris by my friend Jesus, who took us to perfect little cafes and showed us everything we needed to see… including a picnic at Versailles.

But looking back on it – Berlin is actually one of the coolest places i’ve ever been to in my life.

We went on a 4 hour walking tour around the city (did i mention it was totally free?) and got to see all of the sights and hear all of the history of this city that seems to have always been war torn.

To be honest, i knew that Germany had Communism and Nazi’s, but i never understood the full division in the country. And especially in this city.

The Berlin wall had many implications. It divided the free from the slaved and the new world from the old. East Berliners lived oppressed, in Communism, without much progress or hope for the future. West Berlin was “westernized” in every sense of the word, run mostly by the Allies (USA, France, England). From The early 60’s to the end 1989, many people never saw one side from the other. People who hadn’t seen family trapped on the other side of the concrete slab down the middle of the city.

Until the wall came down.

For almost 30 years, longer than i’ve been alive, those people lived split in two.

But my favorite part about Berlin? I felt like they were so honest about who they were as Berliners. They know their past is rocky. They know they had the world’s most awful leader of all time running their country at one point. They know they’ve been divided, and turned against one another, and had numerous other negative things happen on their soil.

They have small reminders around them to show where they’ve been. But to remind them never to go back. Here are my three favorite: 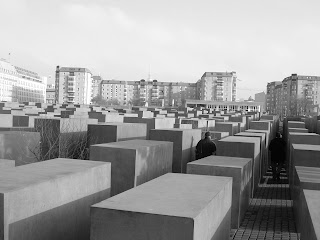 Right in the middle of the city. 2,711 steale (material) slabs that are all different heights. It has been in the works since 1999 but was only completed in 2005. Each slab is different to represent the unique qualities of each person who was murdered in the Holocaust. and that the prejudice wasn’t just towards one, it was towards a vast type of people. There is no sign. No list of names. The memorial just is. And i loved it. 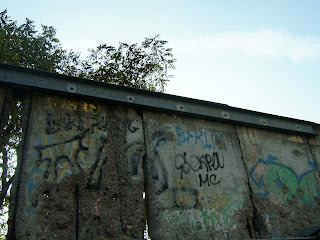 I kind of already gave this one a little shout out. But there are small sections of the wall left up for the sake of proving it existed. It hasnt been touched up or refurbished…. it just shows the scars of the past. 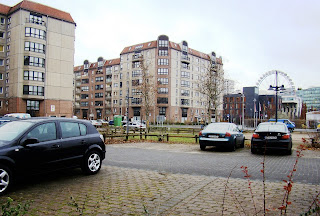 Yes, i said this was one of my favorite places. #1 – where Hitler decided to end all the madness, because he wasnt going to hurt any more innocent people. #2 – it’s a parking lot. No statue. No monument. No Neo Nazi place of worship. Just a parking lot for a normal apartment complex. I believe when the World Cup came around last time, they put up a small sign to explain the bunker, but that’s it. I love that it is a well known fact that this awful tyrant has no real proof he was actually here. Because Berlin, Germany, and the world has moved on.

This is only a tiny tiny bit about Berlin – there is a ton of history there! I’d love the chance to go again. Hopefully, this time i won’t be upset with Germany for not being France 🙂

This Week in Travel Vol. 1