a plan more than 6 years in the making

by
Renee
Sorry i’ve been the worst blogger in the world. I promise promise promise to be better…..
BUT i have some news.
If you haven’t heard…..
I’m moving.
TO NASHVILLE. 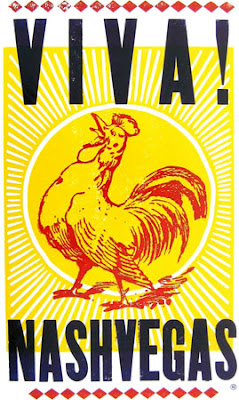 7 more days, and i’m no longer a Florida resident.
But this wasn’t an overnight, whimsical decision. I’ve been “about to move to Nashville” for the last 6 years.
Here’s the story.
Fall Break, Sophomore Year – October 2005
You might remember a few of my blogs on Hurrication , but this is when the love for Nashville began.
Nobody saw it coming – Jonathan and i were driving back to Florida, and literally spent 12 hours in Nashville – some of which was sleeping. However, the city jumped out at both of us, and by the end of the drive, we had both made our minds up – we were transfering to Belmont and moving to Nashville.
We (along with Reid) filled out our applications, talked to admissions counselors, and all that jazz… but when it came down to mailing it in, i just couldn’t bring myself to do it.
Don’t ask me why, but i suddenly had no peace about moving… and couldn’t go through with it.
Junior year, 2006-2007
I spent the next calendar year visiting as much as i could.
Overall, i spent almost an entire month in the state of Tennessee in the 06-07 school year (i’m still trying to work out how i afforded this at the time, because i was broke).
Last Summer of College – Summer 2007
i moved to Nashville for the summer – got a job – found a church – made lots of friends – and planned on moving back as soon as i finished my senior year and graduated.
Until something happened.
Something called… London. 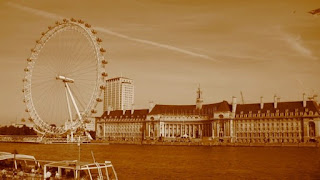 And anyone who has even met me once… you know that London became the trump card and game changer.
2008
When i found out i could go back for 6 months after i graduated, everything, including my plans for Nashville, fell of the radar – and i completely had my eyes on the prize.
Present Day
I’ve been in Florida for the past three years…. which is about 2.5 years longer than i ever saw myself staying.
Starting January 1, 2012, i will be a resident of the great state of Tennessee. Don’t worry, there will be no cowboy hats or southern accents. Just a new city with a new adventure.
I’m so excitd about the project i’ll be working on – more to come from that later – and also about the new friends and experiences i’ll encounter in my new state.
I can’t possibly tell you how sad i am to leave this place. It’s become my home all over again. I have my family, an amazing group of friends, community at church, wonderful job, boss and clients, and not to mention… location location location.
But one thing i’ve learned about moving over these past few years, be it from a city, state or country – i’ve never regretted doing it, and i’ve just had more people that i get to visit and keep in touch with 🙂
I never thought this would become my comfort zone, but i’ve settled in here quite nicely. I’m devastated to leave, but i am thrilled for the next adventure – my long awaited transition into living in Nashville.
So in less than a week, i’ll pack up the car and drive away. Everyone is welcome and encouraged to visit….
Viva Nashvegas.
Share on
Previous Post Next Post

How to Use Passbook On Your iPhone For Travel

The Name Game: How to Book Flights When You’re Legally Changing Your Name